On May 10, 2016, I presented a paper at the Global Institute about the outcome of our analysis of the struggle of the Indignados in Spain, also known as 15M. Our analysis demonstrated that citizens, while taking the squares in major Spanish towns and putting their own slogans together, had turned themselves into critics of the system rather than victims of the crisis. It was an interesting meeting with a small group of academics. Soon our articles will be published in the next issue of Global Dialogues entitled Political Storytelling: From Fact to Fiction. 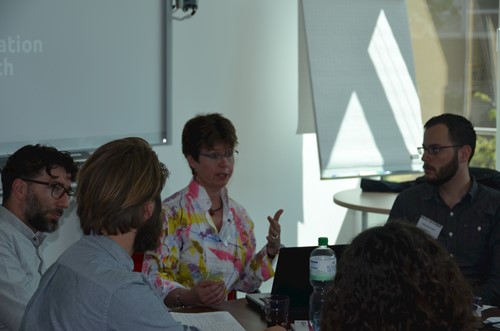